Myths and facts about ejido or communal lands in Mexico. 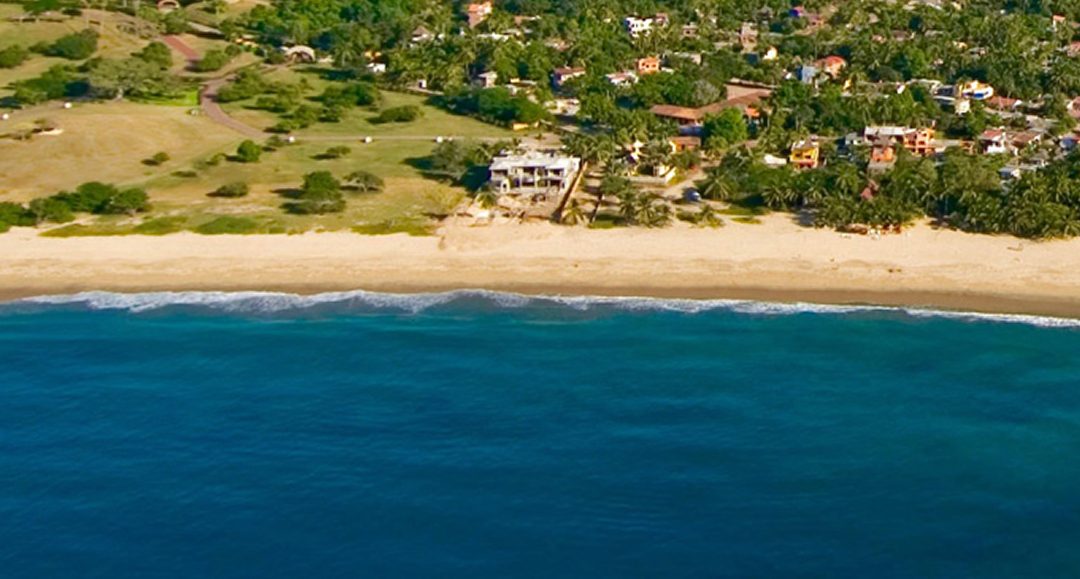 Surely you have heard about ejido or communal lands and possibly you have heard
that it is risky to invest in them, because there may be conflicts with ejidatarios and
comuneros and long judicial processes in which the properties subject to that regime
can be involved, and when there is an offer for a communal or communal real estate
property. The response of an acquaintance or friend who is not precisely a lawyer
specialized in agrarian matters is &quot;Do not buy&quot;, &quot;they are problematic&quot;, &quot;it is not
private property&quot;, among others and in reality with the only answer that we are left as
legal advisers and specialists in agrarian and real estate matters is that it is not
effectively private property, however the previous statements to the effect that
investments in ejido land are not safe are totally wrong; and the answer to this
question of whether it is safe to invest in ejido or communal land is that real estate
operations on ejido or communal land are NOT risky and that more than being risky
they can be a great business opportunity and to acquire real estate with the
appropriate legal advice in agrarian matter.
What is an ejido?
In order to understand the above, it is necessary to be able to understand what an
ejido is and what are the types of lands that make up an ejido, this due to the
historical wealth and social struggle of the inhabitants that give rise to the agrarian
distribution and land restitution to the native peoples and agricultural communities
that is where the ejidos come from, understood as the result of the revolution.
With the agrarian reforms and the creation of ejidal and communal property after the
Mexican revolution, the ejido regime began, to respond to the agrarian problem
existing during the revolution, such as large estates and social inequality among the
inhabitants. among other problems that were solved with the agrarian distribution,
and derived from the social struggle that lasted decades where the purpose of
creating the population centers now called &quot;ejidos&quot; or &quot;indigenous communities&quot; was
to restore land to those towns that had been stripped by large estates and estates
now non-existent in our legal framework, and which gave rise to a series of
constitutional reforms and the creation of a legal and regulatory framework to
regulate land tenure, as well as the distribution free land to populations that lacked it
through the agrarian distribution promoted by the Mexican government, in the form of
endowment called ejido and indigenous community, with this they endowed the
peoples with lands, legal personality and a legal framework that governs the
relationship with society, such as the Agrarian Law that currently governs the
relations of agrarian subjects and the regulation of lands subject to the communal or
ejido regime, as well as the use and enjoyment of lands, forests, jungles and waters,
the above for agricultural growth that benefits a peasant sector that had been
violated for years.

This is how once these communities were endowed with their own legal personality,
internal organization through their own internal statutes and a legal framework that
governs them is that the agrarian legal regime begins.
This agrarian distribution to native peoples began in 1912, concluding in 1992, where
more than half of the national territory was distributed, giving birth to more than
30,000 agrarian communities, including ejidos and communities, the same regulation
that radically changed with the reform and publication. of the constitutional reform
that ends the agrarian distribution with the publication of the Agrarian Law where
laws, institutions, and federal government programs are created, aimed at the
regularization, distribution, delimitation and allocation of ejido rights among agrarian
subjects, understood as ejidatarios, comuneros, avecindados, and landowners
belonging to ejidos and communities, and with it a new era is born in the regulation
of ejido and communal lands, since prior to this reform, ejido and communal lands
were for common use and collective of the members of the ejidos and communities,
as common areas in which it could not be transferred, alienated, seized and taxed,
which limited its use in a radical way and impeded private investments in ejido lands,
which does not generate legal certainty for investors who decide to invest in ejido
lands, the same regulation that changed With the aforementioned 1992 reform, in
which, despite the fact that the ejido or community retains the characteristics of
social property, legal strategies are created to allow legal certainty and security to
attract private investment, being susceptible to trade for to be able to generate
projects of any kind, among which are agricultural, livestock, agro-industrial, real
estate, tourist, mining, housing projects and other projects that have full legal
certainty as long as they are carried out in a feasible environment and with the
appropriate legal advice that completely avoids any controversy or litigation in the
purchase , use and enjoyment of ejido lands, with which CC ABOGADOS can
support the entire strategy, ruling through a real estate “DUE DILIGENCE” where
public documents and reports are obtained through field research and in various
agencies to rule on the points of security and legal viability in the purchase of
communal or communal land, as well as the legal strategy adapted to the
development projects that our clients seek, the preparation of the necessary
instruments for the protection of real estate operations on communal and communal
properties, negotiation and contracting for the purchase, use and exploitation of
communal or communal lands, management before the ejidal authorities of the
agrarian nuclei, procedures before agrarian authorities, among other services offered
by our firm, resulting in operations endowed with legal security and certainty and
great capital gain and benefit for investors, d Because it is in the ejido and communal
lands where the natural resources of our country are concentrated and where the
maximum potential for development is found.
Types of communal or communal lands by destination.

The lands that make up the ejidos and communities can be made up of different
types of lands, which accredit their owners through various types of documents
registered in the National Agrarian Registry or, where appropriate, in the Public
Registry of Property, these lands can be divided in the following:
1.- Parceled lands: Which are basically the farmland of the ejido and that its use
and enjoyment corresponds to the ejidatarios and residents, with respect to these
parcel rights to the ejidatario or residents who have them, accredits it by A PARCEL
CERTIFICATE.
2.- Common use lands, these being the areas destined for the ejidos and
communities to satisfy the collective needs or common areas used by the members
of the ejido or community to mainly agricultural, livestock or conservation use, same
areas that correspond to them in equal parts to the ejidatarios or comuneros, the
ownership of common use lands is inalienable, imprescriptible and cannot be seized
and, cannot be transferable unless a procedure is carried out where they are
delimited, assigned and disincorporated, the rights to common use lands are
credited with the corresponding CERTIFICATE OF RIGHTS ON LANDS OF
COMMON USE.
3.- Lands for Human settlement, these being the lands destined to organize and
populate the areas assigned to the population of the ejido, that is, These lands are
the lands that are granted to the residents, ejidatarios, comuneros and owners for
housing mainly, same lands that are called &quot;urban plots&quot; and from which a property
title is issued which is issued by the National Agrarian Registry on which is
registered in the Public Registry of the property of each entity and that once
registered is no longer subject to the ejid regime al, that is to say, it is regulated by
the common law becoming “small property” or commonly called “private property”,
the rights on this type of land are credited with the corresponding TITLE OF
PROPERTY, which is shown in an example below: CERTIFICATE OF RIGHTS ON
LANDS OF COMMON USE.
From the foregoing, it is concluded that the aforementioned ejido lands, with the
exception of the lands of human settlement protected under a property title, are the
property of the ejidos and communities, however, they are capable of real estate
operations, either through the contribution of said lands. to productive projects or
through the alienation of agrarian rights and later their regularization or titling, either
through agreements of the assembly (understood as the majority of the ejidatarios or
comuneros that make up an ejido) of which we will dedicate a chapter to the
assembly in our present blog, with the processes established in the agrarian
legislation or through the allocation of said lands in favor of subjects outside the
ejido, and concluding with the titling of said lands, resulting in excellent investment
opportunities and as has been manifested throughout of this article, if carried out
with the appropriate legal advice, they were excellent opportunities and with the

same legal certainty and certainty as if it were the so-called &quot;small property&quot; or
&quot;private property&quot;.
Fun facts and quick questions and answers about ejido and communal lands:
1. What area do ejidos and communities represent in Mexico?
More than half of the national territory.
2. What type of property exists in Mexico?
There is “ejidal and communal” social property and “small property” or called
“private property”.
3. It is possible to acquire ejido property?
Yes, it is possible to acquire ejido property rights through various mechanisms
and contracts allowed by law.
4. Ejido or communal lands are registered?
Yes, there is a public Registry which is called the National Agrarian Registry,
where all the acts, contracts and agrarian documents are registered, which gives
legal certainty to each act and which, being “small property ”or colloquially called“
private property ”its equivalent is the Public Registry of property.
5. That regulates ejido lands?
Various federal authorities.
6. Can Foreigners acquire communal or communal land?
Foreigners cannot acquire communal and ejido lands because a requirement
is to be Mexican, however there are various legal strategies, steps and instruments
in which projects and acquisitions can be generated through various stages to
ensure that the foreigner can use and enjoy land ejidal and communal, same
instruments that are endowed with all legal certainty.
7. Ejido lands can be changed to private property?
Yes, they can change the regime from social property (ejido or communal) to
private property (small property), which is achieved through the process established
in the Agrarian law, which can be through the adoption of full ownership of the
parcels or through an assembly of special formalities.

8. Ejido lands can be regularized?
Yes. The ejido lands &quot;per se&quot; are regular since they were assigned by presidential
resolution to the agrarian nucleus to which said land belongs, however regularization
consists of the delimitation, allocation and titling of the lands within the ejido in favor
of their owners, These are the ejidatarios, comuneros, possessors or residents who
are assigned said lands by any of the forms permitted by law.